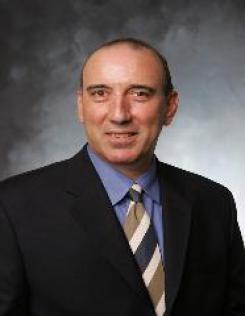 In 2018-19 Mr. Cohen was Senior Consultant to the NextGrid Study of the Illinois Commerce Commission.

In 2018-20 he authored three papers on behalf of the Illinois Citizens Utilty Board regarding electric vehicle policy. He testified in Docket 18-0843 before the Illinois Commerce Commission.

In 2016 Mr. Cohen testified on behalf of the Maine Ofice of Public Advocate in Docket 2016-00049 reagarding the creation of a Non-Transmission Alternative Coordinator for the state of Maine..

Since 2013, Mr. Cohen has been a consultant to ComEd, advising it about AMI issues, policy regarding low-income customers, consumer education, and related matters in the utility's 3.75-million-customer service territory in northern Illinois.

In 2013, Mr. Cohen testified  on behalf of The Attorney General of Illinois and the Citizens Utility Board in ICC Docket 12-0569, a tariff proceeding regarding the proposal of Nicor Gas for a Purchase of Receivables program for Alternative Gas Suppliers. He presented expert testimony on behalf of Citizens Utility Board regarding a proposed Small Volume Transportation tariff in Docket 13-0192.

In 2014, Mr. Cohen submitted expert testimony on behalf of RenewMissouri regarding a proposed utility solar energy facility, Case No. EA-2014-0136. In October, 2012, the Michigan Environmental Council released a report by Mr. Cohen projecting the costs to electricity customers of a referendum on the November 2012 general election ballot to increase the state's Renewable Energy Standard.

In May, 2012, on behalf of the Sierra Club and Natural Resources Defense Council, Mr. Cohen authored a report analyzing the long-term costs to Illinois energy consumers of three coal-gasification plants approved or pending before the state legislature.

In March, 2012, Mr. Cohen was appointed by the State Senate President to the Smart Grid Advisory Committee, to advise utilities on smart grid deployment in Illinois and oversee investment in consumer education and smart gird innovation. Mr. Cohen was elected Chairman of the Illinois Science and Energy Innovation Fund, overseeing investment of $72.5 million over a period of years in energy-related Illinois projects and in consumer engagement and education regarding smart grid as it is deployed across the state.

Mr. Cohen submitted expert testimony on behalf of the Maine Office of Public Advocate regarding the appointment of a statewide smart grid coordinator in Dockets 2010-00267 and 2013-00519.

In 2009 and 2010, working with EnerNex Corporation, Mr. Cohen served as a lead facilitator of the Illinois Statewide Smart Grid Collaborative (ISSGC), an effort initiated by the Illinois Commerce Commission (ICC) to engage stakeholder representatives in a group process focused on the regulatory policy implications of smart grid deployment. The 356-page ISSGC Report was released on October 1, 2010 and is available at http://www.icc.illinois.gov. Mr. Cohen’s expert testimony in Docket 07-0566 had been relied upon by the ICC in creating the collaborative.